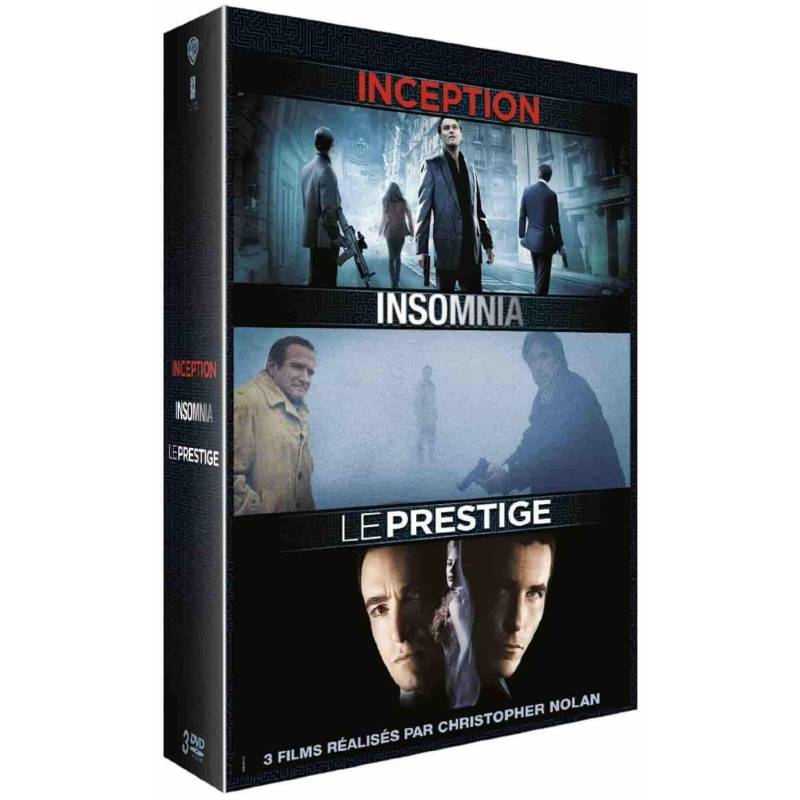 - Inception Dom Cobb is a skilled thief - the best ever in the dangerous art of extraction: his specialty is to capture the most precious secrets of an individual, buried deep in his subconscious, for he dreams and his spirit is particularly vulnerable.

Prized for his talents in the murky world of corporate espionage, Cobb also became a fugitive hunted around the world who lost everything dear to him.

But a final mission could enable him to regain his former life - provided he can accomplish the impossible: the inception.

Instead of stealing a dream, Cobb and his team must do the opposite: implanting an idea in the mind of an individual.

If they succeed, it could be the perfect crime.

And yet, as methodical and talented they may be, nothing could have prepared Cobb and its partners a formidable enemy that seems to have always one step ahead of them.

An enemy that only Cobb could have suspected the existence ...

- Insomnia: Will Dormer, an ace of the Crim 'hand with his teammate for Alaska, where the sun never sets, to help local police solve the murder of a young girl.

It also allows him to take off when the police of the police is very interested in his methods in some surveys. Exhausted by lack of sleep, Will makes a tragic mistake: pursuing the murderer in the fog, he accidentally slays his teammate and claims he killed the fugitive.

But the killer saw and then offered him a deal ...

- The Luxury London in 1878. Robert Angier and Alfred Borden are two gifted magicians, promised an early age to a glorious future.

Friendly competition initially opposed the one to the other, but the emulation quickly turns to jealousy and hatred.

Became bitter enemies, the rivals will try to destroy each other by using the darkest secrets of their art.

This obsession will their entourage dramatic consequences ...

8 other products in the same category: