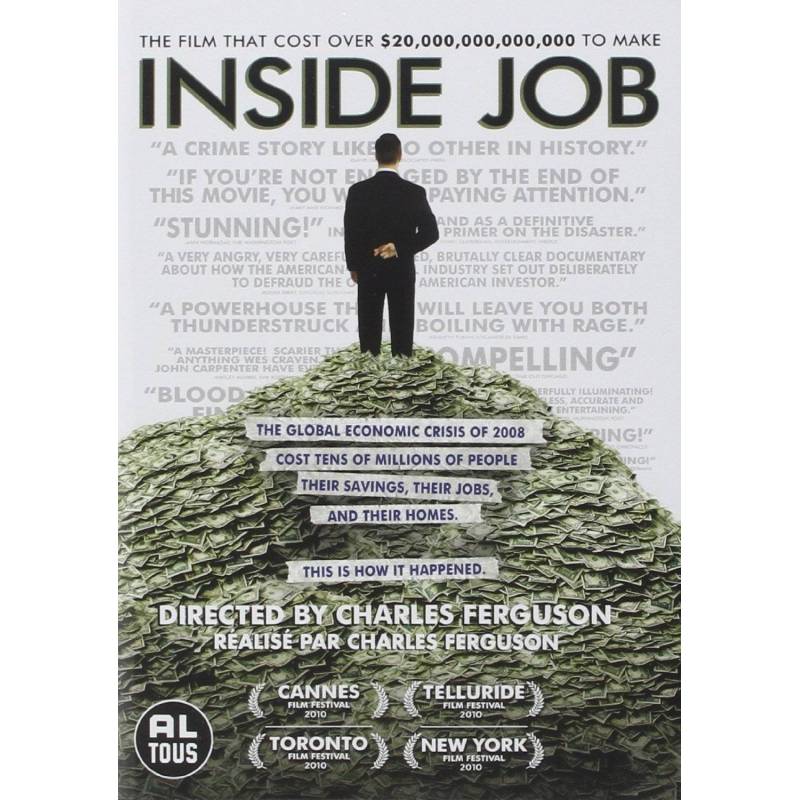 The world depression, the cost amounts to more than 20 000 billion dollars, resulted in millions of people losing their jobs and their homes.

Through extensive surveys and interviews with major financial players, politicians and journalists, the film traces the rise of a rogue industry and unveils harmful relationships which have corrupted politics, the authorities regulation and academia.