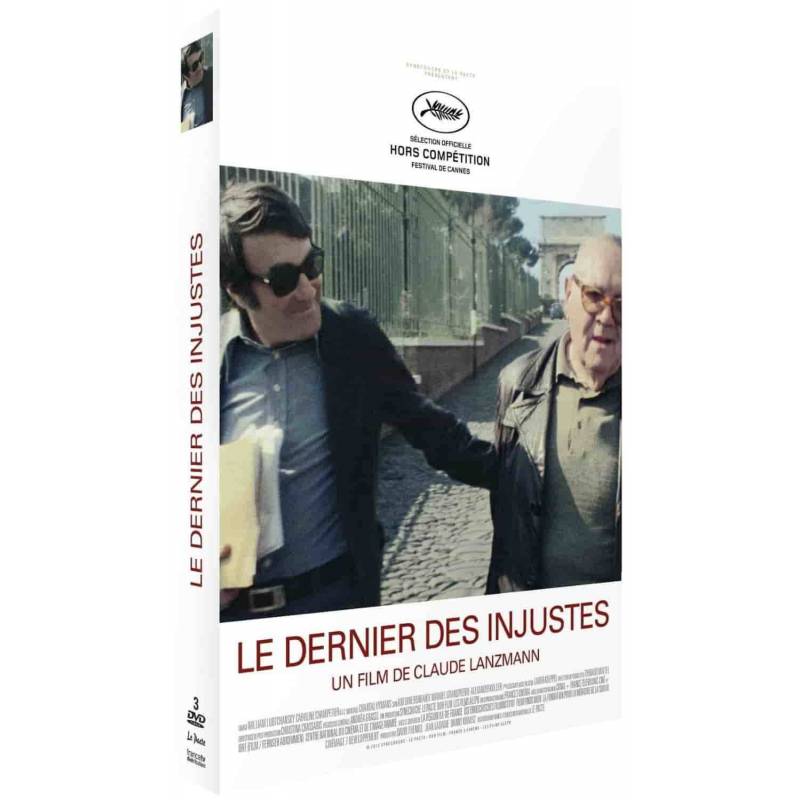 DVD - The last of the unjust

1975. In Rome, Claude Lanzmann filmed Benjamin Murmelstein, the last President of the Jewish Council of Theresienstadt ghetto, only "dean of the Jews" * not to have been killed during the war.

Rabbi in Vienna Murmelstein, after the annexation of Austria by Germany in 1938, fought tooth and nail with Eichmann, week after week, for seven years, managing to 121,000 Jews emigrate and to avoid the liquidation of the ghetto . 2012.

Claude Lanzmann, to 87 years, with nothing to hide the passage of time on men, but showing the permanence of incredible places, exhume and directed these interviews Rome, returning to Theresienstadt, the city "given to the Jews by Hitler, '"model ghetto" ghetto lie elected by Adolf Eichmann to lure the world.

We discover the extraordinary personality of Benjamin Murmelstein: endowed with a fascinating intelligence and a certain courage, unparalleled memory, great storyteller ironic, sardonic and true.

Through these three epochs, from Nisko to Theresienstadt and from Vienna to Rome, the film illuminates as never before the genesis of the Final Solution, unmasks the true face of Eichmann and reveals unvarnished wild contradictions Jewish Councils. * According to Nazi terminology.