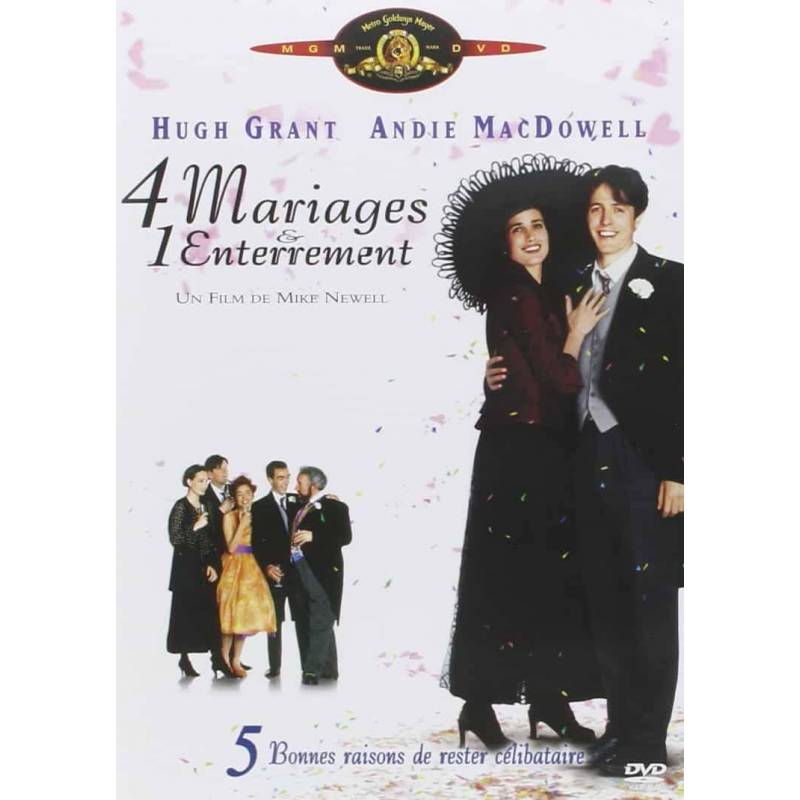 DVD - four weddings and one funeral

DVD - four weddings and one funeral

Charles is single. One account his small circle of friends, consisting of Fiona, Gareth, Tom, Matthew Scarlett and his co-tenant.

Love is not the tent and when he met Carrie at a wedding where he officiates as a witness, he imagines in no passion will invade.

For Charles falls for Carrie. And his reunion a few months later with the young lady, about to marry a rich Scotsman, will only confirm his feelings for her ...