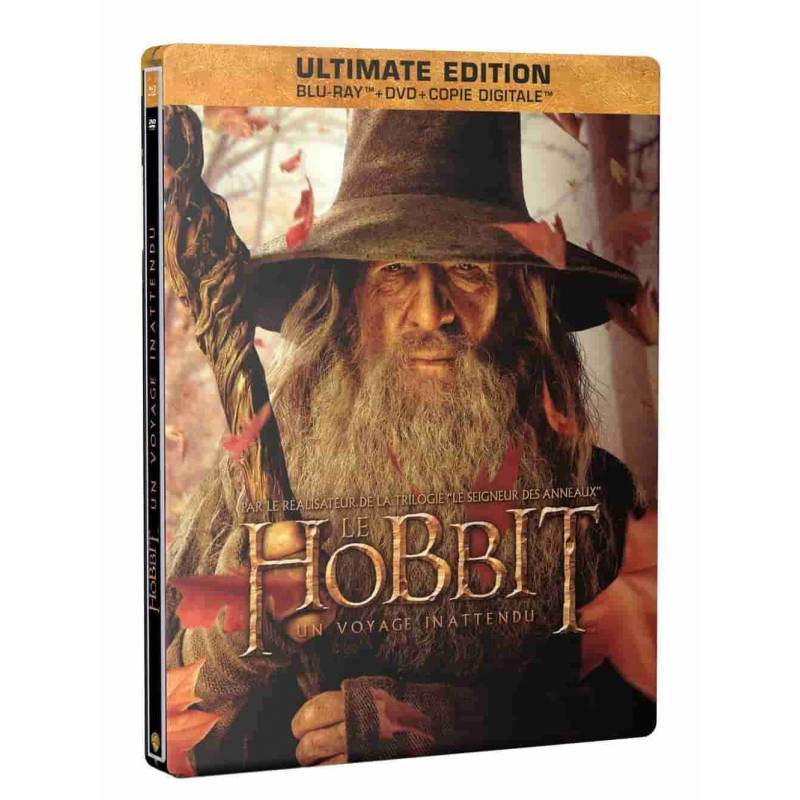 Then he meets by chance the road wizard Gandalf the Grey, Bilbo joins a band of dwarves 13 headed by none other than the legendary warrior Thorin Shield de Chêne.

Their journey led them to the heart of the Pays Sauvage, where they will face Goblins, Orcs, deadly Wargs of, giant spiders, shapeshifters and sorcerers ...

Although they are destined to set sail for the East and desert lands of the Lonely Mountain first they must escape the Goblin tunnels, where Bilbo meets the creature that will change forever the course of his life: Gollum.

There, with Gollum, on the shores of an underground lake, the unassuming Bilbo Baggins not only surprises to show courage and an unexpected intelligence, but manages to get hold of the "precious "Gollum ring that conceals hidden powers ...

This simple gold ring is linked to the fate of Middle-earth, without Bilbo suspects yet ...