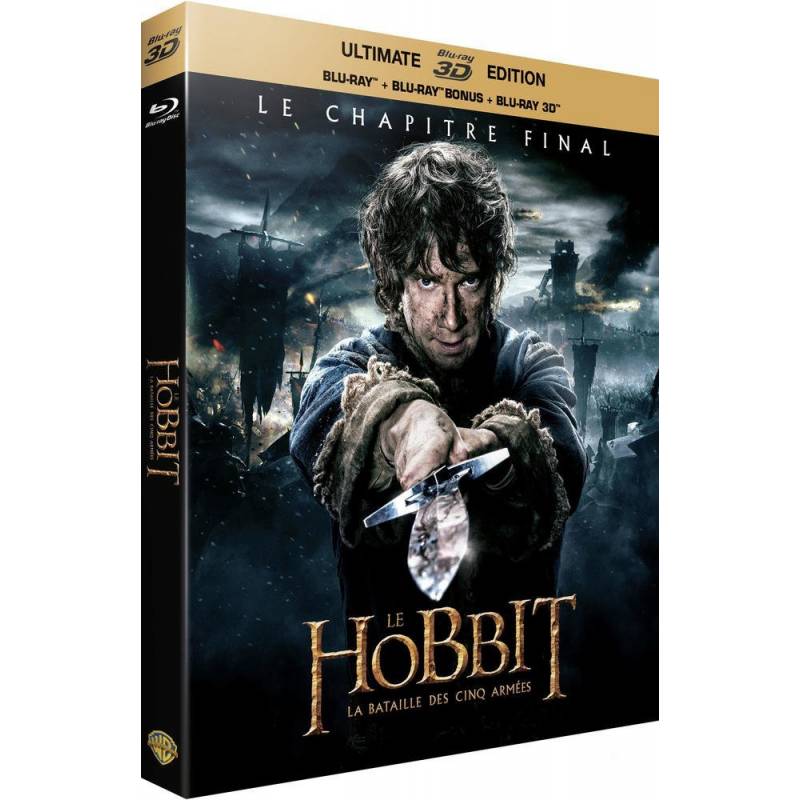 The Hobbit: The Battle of Five Armies concludes the adventures of Bilbo Baggins, Thorin Shield de Chêne and the Dwarves Company. Having won back its land, which had been confiscated by the dragon Smaug him, the little band has unwittingly unleashed the wrath of a terrible power. Totally mad, Smaug pours his anger on men, women and children defenseless Esgaroth. Obsessed with his reconquest, Thorin going to sacrifice the friendship and honor to keep his treasure at all costs, despite the desperate efforts of Bilbo to make him see reason: our Hobbit will soon regain face a terrible choice. But far greater dangers await our heroes. No one - except Gandalf - noticing, legions of orcs led by the dreaded Sauron darken the Lonely Mountain. While the forces of darkness threaten to triumph, Dwarves, Elves and Men must make a crucial choice: to join forces or perish. Bilbo has to fight to save his life and help his friends in the Battle of Five Armies, while ensures the future of Middle-earth ... The HOBBIT trilogy set in Middle-earth 60 years before the time of Lord of the Rings, which was the subject of a first trilogy directed by Peter Jackson (whose episode of Lord of the Rings: Return of the King won the Oscar).