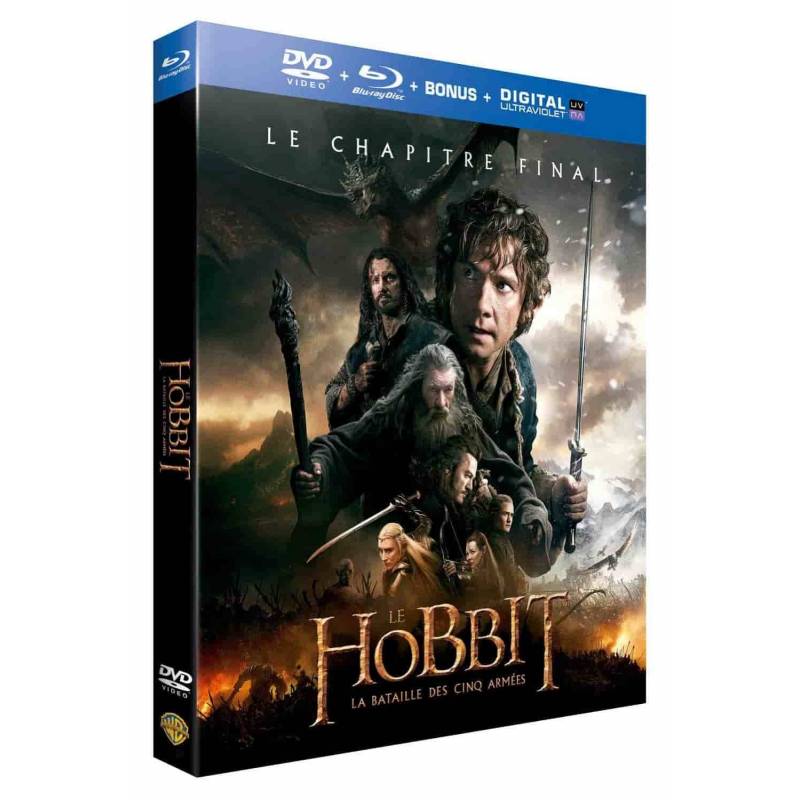 Blu-ray - The Hobbit: The Battle of Five Armies

Blu-ray - The Hobbit: The Battle of Five Armies

Finally reaching the Lonely Mountain, Thorin and the dwarves, Bilbo the Hobbit assisted by, managed to reclaim their kingdom and treasure.

But they have also awakened the dragon Smaug, which now unleashes his wrath on the people of Lake-town. Now, Dwarves, Elves, Humans but also

Wrags and Orcs led by the Necromancer, covet the wealth of the Lonely Mountain. The Battle of Five Armies is imminent and Bilbo is the only one able to unite his friends against the dark forces of Sauron.