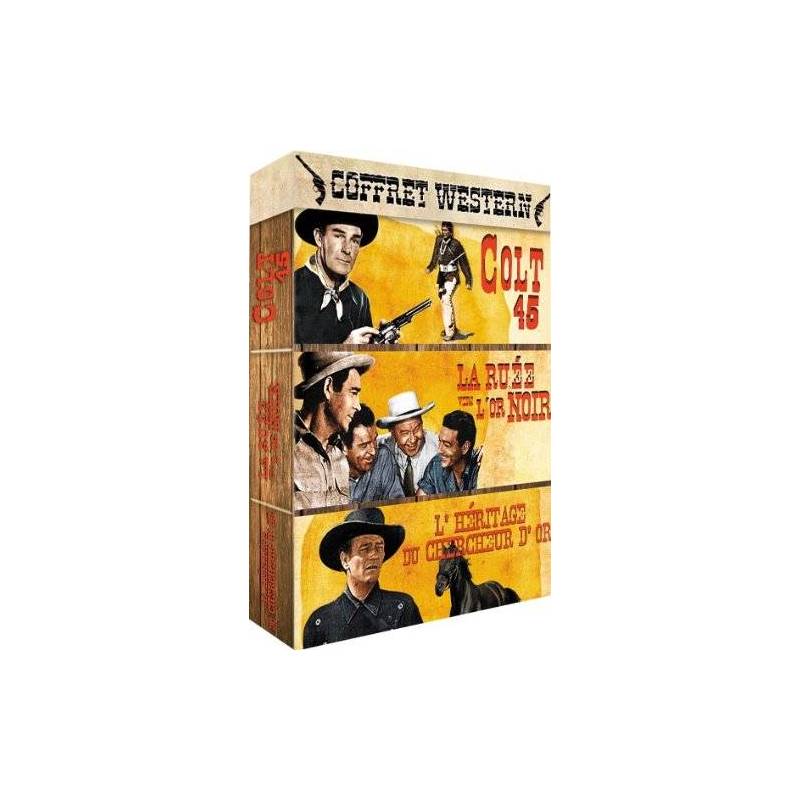 - Colt 45:
Brett, a renowned bandit steals Farrell, two copies of the famous Colts 45, recently created. Thanks to these early revolvers repeatedly, Brett can kill and plunder at his ease. Farrell wants to find him, take his weapons and surrender him to justice ...
- Rush Black Gold:
Tex Duke and his associates in an imaginary oil well operating business, created in order to extract the most money to shareholders. But when Tex understands that he will have to exploit his friends he breaks the contract with his partner. He finds Julie, who was once the love of Tex ...
- The legacy of the gold digger:
Rod Drew is charged by an old man to find his niece mysteriously disappeared. He sets off to northern Canada, with his friend Wabi, in order to investigate and discovers a mysterious map goldmine. Arriving in the small town of Wabinosh House, it comes into struggle against a band of off-the-law argues map of the mine. His quest to find the girl and the gold mine will be strewn with obstacles between the abductions, arrests and traps